The video was grainy, but it showed enough to possibly crack open the biggest lottery-rigging scandal in American history. A man walks into a QuikTrip convenience store in Des Moines, Iowa, two days before Christmas 2010. The hood of his sweatshirt is pulled over his head, obscuring his face. He pulls two pieces of paper from his pocket. The cashier runs them through the lottery terminal and then hands over some change.

Seven days later, the Iowa Lottery announced that a QuikTrip in Des Moines had sold the winning Hot Lotto ticket. But no one came forward to claim the $14.3 million jackpot.

After a month passed, the Iowa Lottery held a news conference to note that the money was still uncollected. The lottery issued another public reminder nine months after the winning numbers were announced, warning that winners had one year to claim their money.

In November 2011, a man named Philip Johnston, a Canadian attorney, called in with the correct serial number from the winning ticket. But when asked what he'd been wearing when he bought it, his description did not match the QuikTrip video. He then admitted that he was helping a client claim the ticket so the client wouldn't be identified. This was against the Iowa Lottery rules, which require identities of winners to be public.

"I was convinced it would never be claimed," says Mary Neubauer, the Iowa Lottery's vice president of external relations, of the jackpot. And it wasn't, until exactly a year after the drawing, less than two hours before the 4 p.m. deadline, when representatives from a Des Moines law firm showed up at lottery headquarters with the winning ticket.

The firm was claiming the prize on behalf of a trust whose beneficiary was a corporation in Belize. Its president was Philip Johnston.

"It just absolutely stank all over the place," says Terry Rich, chief executive of the Iowa Lottery. So they held on to the jackpot while the attorney general's office opened an investigation. But it went nowhere.

Two years later, a baby-faced district attorney named Rob Sand inherited the languishing lottery file. In college, Sand had studied computer coding before going to law school, where his specialty was white-collar crime. Still, this case stumped him. His best evidence was that grainy video of a man in a hoodie, so he decided to release the footage to the media, hoping it might spark leads—and it did.

The first came from an employee of the Maine Lottery who recognized the distinct voice in the video as that of a man who had conducted a security audit in their offices. A web developer at the Iowa Lottery also recognized the voice: It belonged to a man she had worked alongside for years, Eddie Tipton.

Eddie was the information-security director for the Multi-State Lottery Association, based in Des Moines. Among the games the association ran: the Hot Lotto. 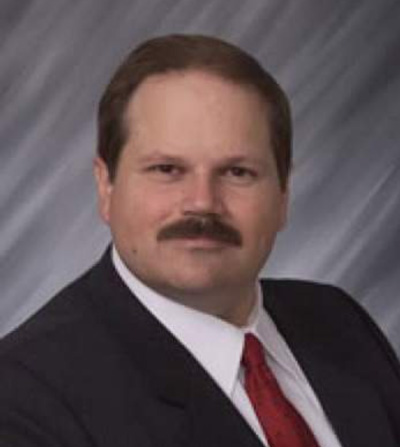 Among Eddie's friends was a colleague named Jason Maher. They spent hours playing the online game World of Tanks. When Maher saw the Hot Lotto video that DA Sand released, Maher immediately recognized that familiar, low-pitched voice, but he didn't want to believe it.

The next day, he went to the QuikTrip and measured the dimensions of the tiles on the floor, the height of the shelving units, the distance between the door and the cash register. He used the results to compare the hand size, foot size, and height of the man in the video with his friend's. "Once I did this, it was like, 'Well, it's Eddie.'"

In January 2015, state investigators showed up at Eddie's office. He was arrested and charged with two felony counts of fraud.

Half a year later, on a hot, sticky July morning, Rob Sand stood before a jury at the Polk County Courthouse. "This is a classic story about an inside job," he began. "A man who by virtue of his employment is not allowed to play the lottery, nor allowed to win, buys a lottery ticket, wins, and passes the ticket along to be claimed by someone unconnected to him."

The prosecution knew Eddie had bought the winning ticket, the video made that pretty clear. Investigators believed he'd fixed the lottery. But if the numbers are supposed to be generated randomly, how did he do it?

The prosecutor told the jury members that they didn't have to understand the exact technology to convict Eddie. They just had to realize the near-impossible coincidence of the lottery security chief's buying the winning ticket. After deliberating for only five hours, the jury found Eddie guilty. He appealed. Then the case took a very strange turn.

One morning a few months after the original trial, Sand's office phone rang. The call came from area code 281, in Texas, where Eddie grew up. The caller said he'd seen an article in the newspaper about Eddie's conviction.

"Did y'all know," the tipster asked, "that Eddie's brother Tommy Tipton won the lottery, maybe about ten years back?"

Sand contacted Richard Rennison, a special agent at the FBI office in Texas City, Texas. Rennison said he remembered the case well: In 2006, a man named Tom Bargas had contacted local law enforcement with a suspicious story. Bargas owned 44 fireworks stands. Twice a year, after the Fourth of July and New Year's, he handled enormous amounts of cash. A man he knew, a local justice of the peace, called Bargas around New Year's and said, "I got half a million in cash that I want to swap with your money."

What's a justice of the peace who makes around $35,000 a year doing with that much cash? Bargas thought. Suspicious, he called the police, who called the FBI.

Soon, agents listened in as Bargas met with the justice of the peace, Tommy Tipton. Tommy pulled out a briefcase filled with $450,000 in cash, still in Federal Reserve wrappers, and swapped $100,000 of it for Bargas's worn, circulated bills. The FBI then went to work investigating the serial numbers on the new bills.

A few months later, Rennison went to see Tommy. He said that he had hit the lottery but was on the outs with his wife and trying to keep the winnings from her. A friend had claimed the $568,990 prize in exchange for 10 percent of the money. At the time, it all seemed to add up, and the Tommy Tipton case was closed.

Now Sand suspected that there were even more illicitly claimed tickets out there. In fact, a $783,257 jackpot from a Wisconsin Lottery drawing on December 29, 2007, had been claimed by a Texas man named Robert Rhodes, Eddie Tipton's best friend.

On November 23, 2011, Kyle Conn from Hemphill, Texas, won $644,478 in the Oklahoma Lottery. Sand saw that Tommy Tipton had three Facebook friends named Conn. He got a list of possible phone numbers and cross-referenced them with Tommy's cell phone records. Another hit.

Two winning Kansas Lottery tickets with $15,402 payouts were purchased on December 23, 2010, the day Eddie bought the Iowa ticket. Cell phone records indicated he was driving through Kansas on the way to Texas for the holidays. One of the winning tickets was claimed by a Texan named Christopher McCoulskey; the other, by an Iowan named Amy Warrick. Each was a friend of Eddie's.

One morning, Sand and an investigator knocked on Warrick's door. She told them Eddie had said he wasn't able to claim a winning lottery ticket because of his job. If she could claim it, he'd said, she could keep a portion as a gift for her recent engagement.

"You have these honest dupes," Sand says. "All these people are being offered thousands of dollars for doing something that's a little bit sneaky but not illegal."

Investigators in Iowa now had six tickets they figured were part of a bigger scam. But the question remained: How did it work?

Eddie Tipton pleaded guilty, as did his brother, Tommy. Now facing ten years in prison, Eddie agreed to spill his secrets. He explained that the whole scheme had started fairly innocently one day when he walked past one of the accountants at the Multi-State Lottery Association.

"Hey, did you put your secret numbers in there?" the accountant teased Eddie.

"Well, you know, you can set numbers on any given day since you wrote the software."

"Just like a little seed that was planted," Eddie said. "And then during one slow period, I tried it."

To ensure that the winning numbers were generated randomly, the computer took a reading from a Geiger counter that measured radiation in the surrounding air. The exact radiation values at a given time are impossible to predict, so, in theory, this guarantees a fair drawing.

Eddie's scheme was to limit the random selection process as much as possible. His code kicked in only if the coming drawing fulfilled a narrow set of circumstances. It had to be on a Wednesday or a Saturday evening, and one of three dates: the 147th day of the year, the 327th day, or the 363rd day.

If those criteria were satisfied, the algorithm restricted the pool of potential winning numbers to a much smaller, predictable set of options: Rather than millions of possible winning combinations, there would be only a few hundred.

The night before the first lottery he rigged, a $4.8 million jackpot in Colorado, Eddie stayed late in his messy, computer-filled office. He set a test computer to run the program over and over again and wrote down all the potential winning numbers on a yellow legal pad.

The next day, he handed the pad to his brother, who was headed to Colorado on a trip. "These numbers have a good chance of winning based on my analysis," he said . "Play them. Play them all."

Eddie accepted a plea deal for masterminding the massive lottery scam—one count of ongoing criminal conduct, part of a package deal that gave his brother only 75 days.

In statements to prosecutors, he painted himself as a kind of coding Robin Hood, stealing from the lottery and helping people in need: his brother, who had five daughters; his friend who'd just gotten engaged. "I didn't really need the money," Eddie said. The judge noted that Eddie seemed to rationalize his actions—that he didn't think it was necessarily illegal, just taking advantage of a hole in the system, sort of like counting cards at a casino.

The judge sentenced Eddie to a maximum of 25 years in prison. Sand expects Eddie to be released on parole within seven years.